As Dorie the Fish would say “Just Keep Swimming”, in my case in order to spread awareness about Lipedema, I’ll “Just Keep Talking”, sharing my experiences and stories. Today yet another opportunity was presented to me, it was quite a whirlwind afternoon. At about 11:30 this morning I received an e-mail from James at the Obesity Action Coalition asking if I’d be interested in participating in a BBC show looking for people to share their story of living with obesity at 1:30 PM. I immediately replied, “Yes”…then I inquired about some details like “what’s the actual topic of the show?”, “who else was participating?”. Within minutes a staff member from BBC called me to give me more details, and to ask more information about me and my experiences with obesity. Oh and he asked if I had access to Skype, sure I do!

The show was BBC World Have Your Say and the segment was in regards to the story of Kevin Chenais, 22-year-old man from France who was stranded in Chicago because British Airways said that at 500lbs he was too fat to fly. Virgin Atlantic stepped up and flew Chenais to London, where he then encountered another travel issue. I was very familiar with the story, and relieved to hear he was finally getting help to get home.

There I sat in my bed, in my nightshirt, hair in ponytail, glasses on.

Skype means video, right? Ugh, I can’t talk about obesity from BED…what would people think? Probably nothing worse than they already think, but anyway I quickly got dressed, brushed my hair, and put some make-up on. Then another BBC staffer contacted me via Skype to test my connection and I found out it was going to be a radio show. Whew. 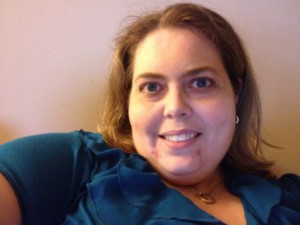 I was instructed that the host would start the conversation but that they wanted the participants to just keeping talking in reply to each other, no waiting on the host to call on me for my opinion just chime right in with my comments. “Is that something you’d be comfortable doing?” That’s something I do all the time!

So I had the pleasure of chatting with two new friends, Becky and Misty, both bloggers who, like me, embrace the word FAT.

Here is the link to our conversation on World Have Your Say: (our segment begins At 31:20)

Write about alternative treatments and regimens and tell us how you feel about them. What do you support? What is crazy? Have you used any?

Lipedema does not yet have a diagnosis code, let alone a known cause or effective treatment options. Lipedema is an abnormal accumulation of subcutaneous tissue aka FAT. However, lipedema fat cannot be reduced by restricted diet or exercise. Treatment options focus on the inflammation and swelling associated. Some lipedema patients, such as myself, also development lymphedema. Compression therapy has done wonders for my lymphedema, since it pushes the fluid out of my legs, however compression can help maintain lipedema progression the effectiveness is not as successful. There is a promising information for liposuction for the treatment of lipedema, while it doesn’t not address the “cause”, it does relieve the symptom. Currently, the most knowledgeable and experiences surgeons performing liposuction on lipedema patients are in Germany. There are plans for US doctors in New York City to begin performing liposuction for lipedema in 2014. The next challenge will for us to get insurance to cover the treatment, I am currently advocating for passage of legislation to cover compression therapy for lymphedema.

Each of these options deserve a blog post of their own for explanation, I will have to expand on them at a later date.

If you are a Lipedema patient, share with me what options you have tried and if you found any relief.

This week I began taking vitamin supplements to help with the symptom of Lipedema.

***this is not meant as medical advice, this is what I am trying***

It has only been a few days since starting the vitamins, I will update this post as to if I notice any changes or improvements. 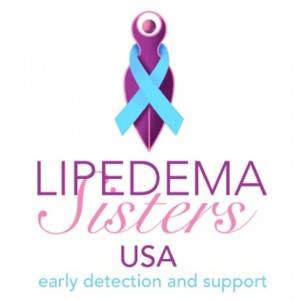 June is Lipedema (Lipoedema in UK/AUS) Awareness Month so I thought I’d post some helpful information and resources. I recently found many of these pages and Facebook groups and finally feel like I belong, there ARE others out there who understand.

WebMD (we’re FINALLY on WebMD) describes Lipedema as a condition that affects up to 11% of women. It occurs when fat is deposited abnormally beneath the skin, usually in the buttocks and legs. Although it begins as a cosmetic concern, it can progress to cause pain and other problems.

Here are some informative websites/links: 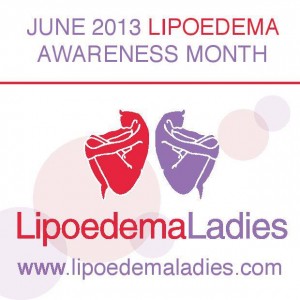 Living with the Lip – http://lipedemagirl.tumblr.com/ 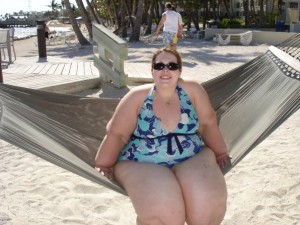 It’s Memorial Day Weekend, the Unofficial Kick Off to Summer! Are you ready for the beach? I am! Last weekend I unpacked my summer wardrobe and found no fewer than 10 swimsuits! My best friend pointed out that I have equal number of sunglasses and beach towels to match each suit. She knows me so well!

Since I am more than prepared for the warmer weather I wanted to share my advice for how to get that PERFECT BEACH BODY:

1. Pick out a cute swimsuit – I suggest trying on various styles to find the suit that flatters your figure and features. I know many women default to skirted bottoms to “hide” their legs and hips. In my case, skirts do not flatter my hips, and lets be honest nothing is going to hide my legs…and be safe to swim in. There are however many options, out there, swim board shorts, rash guard shirts.  And of course this season’s FATKINI by Gabi Gregg,  if you are lucky enough to get your hands on one.  I found the halter top neckline looks nice on me, draws attention to me face which is one of my BEST features.

2. Put on your cute swimsuit – add a nice pair of sunglasses and sun screen!

3. Go to the beach – or the pool, lake, river, water park (I love Typhoon Lagoon…and looking forward to OAC at AZ Grand)

There is no such thing as a PERFECT body, no shake, or DVD is going to make you perfect. I learned long ago that people will comment on my appearance whether I am in a swimsuit or fully clothed, so I pay them no mind. Life is too short to keep worrying about what others think, ENJOY YOUR SUMMER!