I shared my journey to health in the pool during my FitBloggin’ 14 Ignite in Savannah, GA. This was my first FitBloggin’ conference but it will definitely not be my last. Forgive my rushing, the point of an Ignite is to give quick information within 5 minutes, I excel at talking fast, I fail at getting to the point of a story within 5 minutes. Overall, I shared my story, I raised some awareness about Lipedema and Lymphedema and I found an entire new community of support and friends. 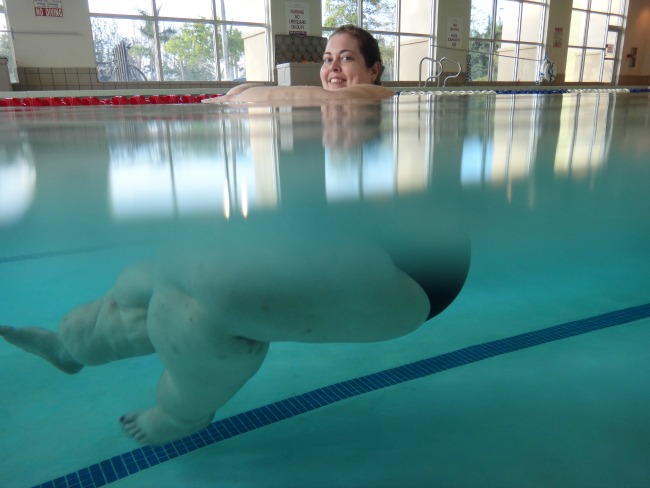 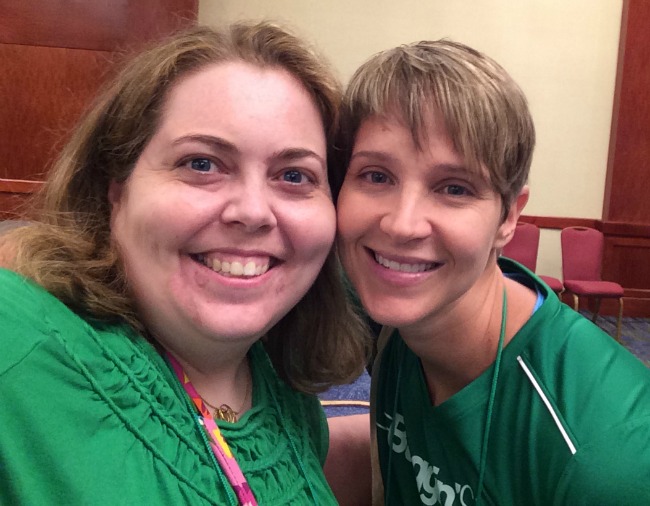 I took the plunge and submitted a spark for the Fitbloggin’14 Ignite Fitness keynote event. The community voted for my spark so I’ll be sharing my story at Fitbloggin’14 in Savannah, GA in June.

Ignite Fitness is THE FitBloggin’ keynote event. Five minutes, 20 slides, a whole lot of fun…yes, I am limited to 5 mins. Think I can do it?

Finding Sarah – Just keep splashing: My journey to health in the pool

Weighing more than 500 lbs, I began my journey to health by walking laps in a pool. I progressed to water aerobics and learned that water fitness was actually one of the best exercises for my lipedema and lymphedema. While my physical abilities may be limited, fitting on gym equipment and mobility, in the pool I have freedom with my movements (foot at shoulder level) and the ability to adjust the intensity of my workouts. I have taken classes at many gyms, my favorite being with “Coach” as we called her, thick accent and “more faster” commands. My first day in her class, at a new gym she advised “do your best.” She obviously noticed this was not my first class, and in the midst of an exercise as I was daydreamingly making “rolling” moves with my arms she dropped down into a push up on the pool’s edge so she was in face and yelled. “Faster, faster, faster.” Whoa? What happened to “do your best?” She obviously noticed I was not doing my best, which was appreciated, and funny as heck. My journey to health has definitely been full of waves, and even a rip current, but I keep on splashing. I am healthy, and my lymphedema has amazing improvement.