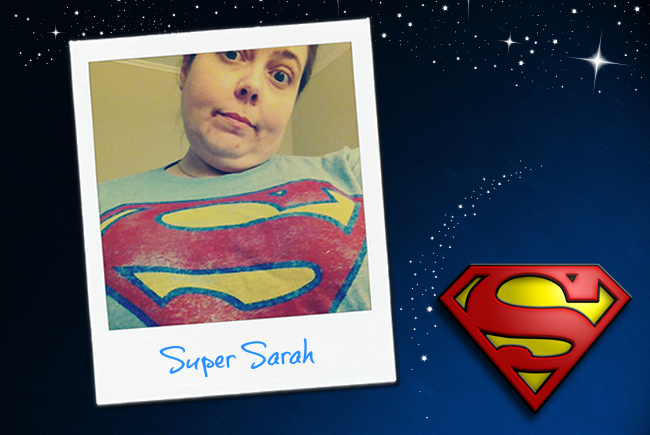 It’s when you’re so FAT you’re past the standard Morbidly Obese category and are now SUPER Morbidly Obese. SMO is having a BMI (Body Mass Index) of 50 or over.

Why SUPER? Trust me it’s not SUPER. Especially not for me. Please do not read this wrong. I am me, I LOVE me, others love me. BUT it’s frustrating when many do not understand or relate to my situation.

As much self confidence as I have, I’ve actually never felt like I “fit in”. I’m unique, yes. That’s me. I can relate to well to others, I have always had many friends and acquaintances. I was never a part of the popular crowd in school, but I also wasn’t shunned or teased a lot like many overweight or obese kids. I was a band geek, I had my crew, I mean I was a DRUMMER…drummers are cool. Except I played the xylophone which meant I was on the sideline, so avoided the whole “marching” part of marching band. So I wasn’t really a part of the drum line, I actually sucked at keeping a steady beat, but I could whack them mallets. WATCH OUT!

It’s a theme throughout my life. I’m sorta part of the group, I can relate, but not completely. We often think everyone of certain groups should “get along” after all they have a shared common experience. Um…just look at families and you’ll understand why that theory is not true.

It’s especially not true in the world of obesity or weight loss surgery. While I have been obese 34 out of 35 years of my life (I was born a relatively normal 8lbs), I will say I have been a “member” of the obesity/weight lose surgery community for nearly a decade. That was the time I was exploring having RNY gastric bypass and joined an online weight lose surgery community. At first is was an AWESOME experience, I met so many other people LIKE ME, struggling with weight and seeking a solution. I met several people who had surgery with the same surgeon I would have and was able to find out specifics about his post-op expectations and support. The site, the community support was very helpful. Throughout the years I have made many wonderful, and now long time friends from the internet.

However, I also discovered the harsh reality of judgement within the WLS community. Since my highest weight was 502lbs, even losing a HALF my body weight, still left me in the Morbidly Obese category. I was once blamed for “eating myself THAT fat”, by a fellow WLSer. Well, isn’t that nice and understanding and supportive. Of course, I also have Lipedema, which I did not know  before undergoing WLS. So I’ve never been a SUCCESSFUL weight loss surgery patient, since I never reached “goal”, then I also regained 100lbs. So I must not be following the “rules”. Bad Sarah, such a failure.

Well a failure to people who measure success by weight and size. Not everyone thinks that way, as a matter of fact there is an entire Fat Acceptance movement. Fat Acceptance, where the name guarantees I’ll be accepted among them because I’m FAT, right?

I prefer Me Acceptance as I know many normal sized women who struggle with accepting themselves. I accept me and my fat, but I was also in denial about my HEALTH for many years. However, I’ve found that among the FA community I am judged because I had weight loss surgery. I attempted to not be fat, so I turned my back on the cause? Trust me baby got plenty of “back” to spare. I also have a different perspective about obesity being categorized as a disease and considered a disability. Those beliefs are based on my own personal experiences. I understand the fear and concern with negative labels, but I am also aware of the rights and power such labels can provide when needed. Sadly, I have needed both in my life, and to those who don’t understand, be thankful you’ve never been in the situations I’ve faced.

I feel like I’m stuck between two “communities” whose intentions are ones of empowerment and support, and yet because I do not fit specific expectations I am not fully accepted or understood. All I ask is before judging try to consider the other person’s perspective. I blog to share my story, I know I risk judgement by putting personal information out for public interpretation. I’m willing to take the risk for the chance to open some minds and eyes.

More awareness, to me, that would be SUPER.